Last week I finished reading James Clear's book "Atomic Habits". The book is beyond good and it's easily the best book about habit formation I've ever read (and I've read quite a few of those).

Right at the beginning of the book, Clear says a thing that struck a chord with me:

Both winning and losing athletes that participate to the Olympic games, says Clear, have the same goal: to win a gold medal. The difference between winners and losers is not in their goal, but in the system they used to train, to rest, to eat, etc.

Though not new (I had read Scott Adams' infamous post "Goals vs Systems" years ago), this observation made me realise that I never thought about my habits in that way.

This post is about how I've decided to re-think my habits to incorporate this new perspective. In particular, I'll discuss the steps and tactics I've undertaken to create three good habits and break two bad ones.

Good habits I want to create

Bad habits I want to break

But first, let's learn the fundamentals of habit formation.

How to create a habit

Clear insists that in order to be able to create a good habit or break a bad habit, we must understand how habits work. As he explains, the process of building a habit can be divided into four simple steps: cue, craving, response, and reward.

This four-step pattern is the backbone of every habit, and your brain runs through these steps in the same order each time. Clear calls this the Habit Loop.

After explaining how habits work, Clear devises a framework called "Four Laws of Behaviour Change", which is a set of rules (or laws) for each step of the Habit Loop.

How to design a habit

Now that I have a framework to guide my actions, here's how I've re-designed my habits.

I signed up to a gym a couple of weeks ago. It's not the best gym in town but I had to be realistic with myself; I'm fully aware that if the gym is too far from where I live, I quickly lose interest. For that reason, my gym is literally in the same street where I live.

In terms of making the cue obvious (1st Law) Clear highlights many times how environment design can make a massive difference. I know this is true for myself. If my gym bag is already there and I only need to pick it up, I'm much more likely to go to the gym. Thus I've created a reminder to prepare the gym bag the day before I want to go to the gym and make it very visible in my bedroom.

When it comes to making it attractive (2nd Law), I've created a small "motivational ritual": before going to the gym, I watch this video which gives me a burst of energy and motivation.

As for making it easy (3rd Law), Clear argues that, in the beginning, it's important to downscale the habit until it can be done in two minutes or less ("Two-minute rule"). Because my gym is so close to where I live, I actually change at home. The act of changing and putting on my gym shoes has become my Two-minute rule.

Finally, making a habit satisfying (4th Law) is all about positive reinforcement, for example by giving yourself an immediate reward when you complete your habit. My immediate reward is a nutbar, which I'm only allowed to eat after I finish a workout.

I've recently realised how easily distracted I can get and how important it is for my mental health (and business) to be able to focus and do deep work.

I've committed to do at least 2-3 hours of uninterrupted, deep work every day, Monday to Friday.

The most important thing for me is to hide as many distractions as possible. For that reason, I put my phone away (strictly in silent mode) in my jacket and I use the Chrome extension "Go Fucking Work" to block a list of websites that would make me go down the rabbit hole if visited (like Twitter or Youtube but also news websites).

My Two-minute rule is to look at my to-do list (on Todoist.com) every morning, prioritize the tasks for that day and tackle them in strict order of priority.

In terms of rewarding myself, I allow myself to go on Twitter at 1 PM (more on this later) after I've worked at least 2-3 hours.

Getting better at writing is one of my main objectives for 2019 and the best way to do that is to practice writing constantly.

This habit goes hand in hand with the previous one because writing quality content requires being able to focus and avoid distractions for long stretches of time. Thus, most of the "tactics" I use for this habit are the same as the previous one (priming the environment, removing distractions, rewarding myself with Twitter).

My Two-minute rule is to make a cup of black coffee, open QuickNote and write the title of the post I'm going to write for that day.

Interestingly, I've noticed how much easier it is for me to write when I already know what I'm going to write about. Thus, to make this habit easier (3rd Law) and remove steps, I've created a reminder every Wednesday where I decide the topic of the blog post for the following Friday. That gives me 48 hours to think about what I want to say, the angle I want to take, etc. It's amazing what your mind autonomously comes up with when you give it enough time.

I'm not really a social media person. I don't even have a Facebook account nor Instagram nor, God forbid, Snapchat. But I do have Twitter and I spend an unhealthy amount of time on it.

Now I've decided to cut down on it and allow myself access twice a day, for 5 minutes at a time. The first time I can access it is after I do at least 2-3 hours of deep work in the morning. The second time is when I finish working at ~5:30 PM.

Following the 1st Law for breaking habits (make it invisible), I've deleted the app from my phone, which has already helped massively (it's almost scary to think about the huge amount of mindless Twittering I was doing "just because" the app was sitting there on my screen).

As for making it difficult (3rd Law), I've added it to my blacklist on Go Fucking Work. This means that even if I accidentally click on a link that goes to Twitter, the extension blocks me and sends me to a page with a... "motivational quote".

If I want to go to Twitter I have to manually disable Go Fucking Work, which immediately reminds me of my habit and avoid mindless browsing.

It's amazing how these two simple "precautions" alone have already had a huge impact on my daily usage.

Last but not least I need to work on my eating habits. I've gained a ridiculously unhealthy 10Kg (22 pounds) in 4 months from October to January. The main culprit has been my less-than-healthy dietary choices

Hence, to change the course of the ship I'm allowing myself to have chocolate/junk food only once a week in the form of one pudding. Why once a week and not avoiding it altogether? Because if I completely deprived myself of chocolate, I'd crave it too much and I'd be unhappy. Ultimately happiness is more important than a couple of extra kilograms.

During the week I simply don't buy junk food to keep in the house (1st Law, make it invisible). I'm also testing a "habit contract" where I've committed to my girlfriend to give her £20 every time I have junk food (4th Law, make it unattractive).

How to track a habit

Clear's last advice is to track your habits. Though not necessary, tracking habits gives you a feeling of progress and makes you more accountable.

I've started using Streaks a few weeks ago and I love it. It's not free (it costs $5) but it's well worth it. I'm also doing an experiment where I test my accountability by publicly sharing data about my private habits. Right now I share things like the completion rate of my personal goals and how many times I go to the gym but I plan to add more data in the future.

I've set a reminder 3 months from now to write a follow-up post to see what has worked, what hasn't and why. If you're interested in the progress, enter your email below and sign up to the Fireside. 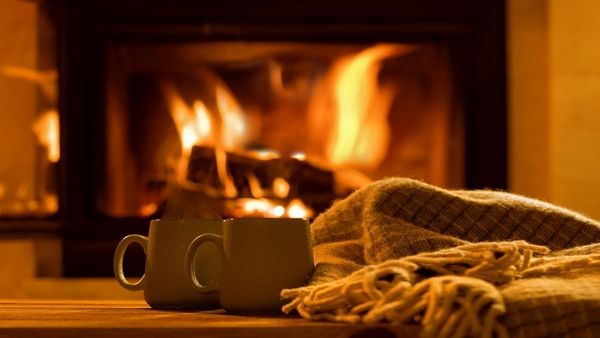 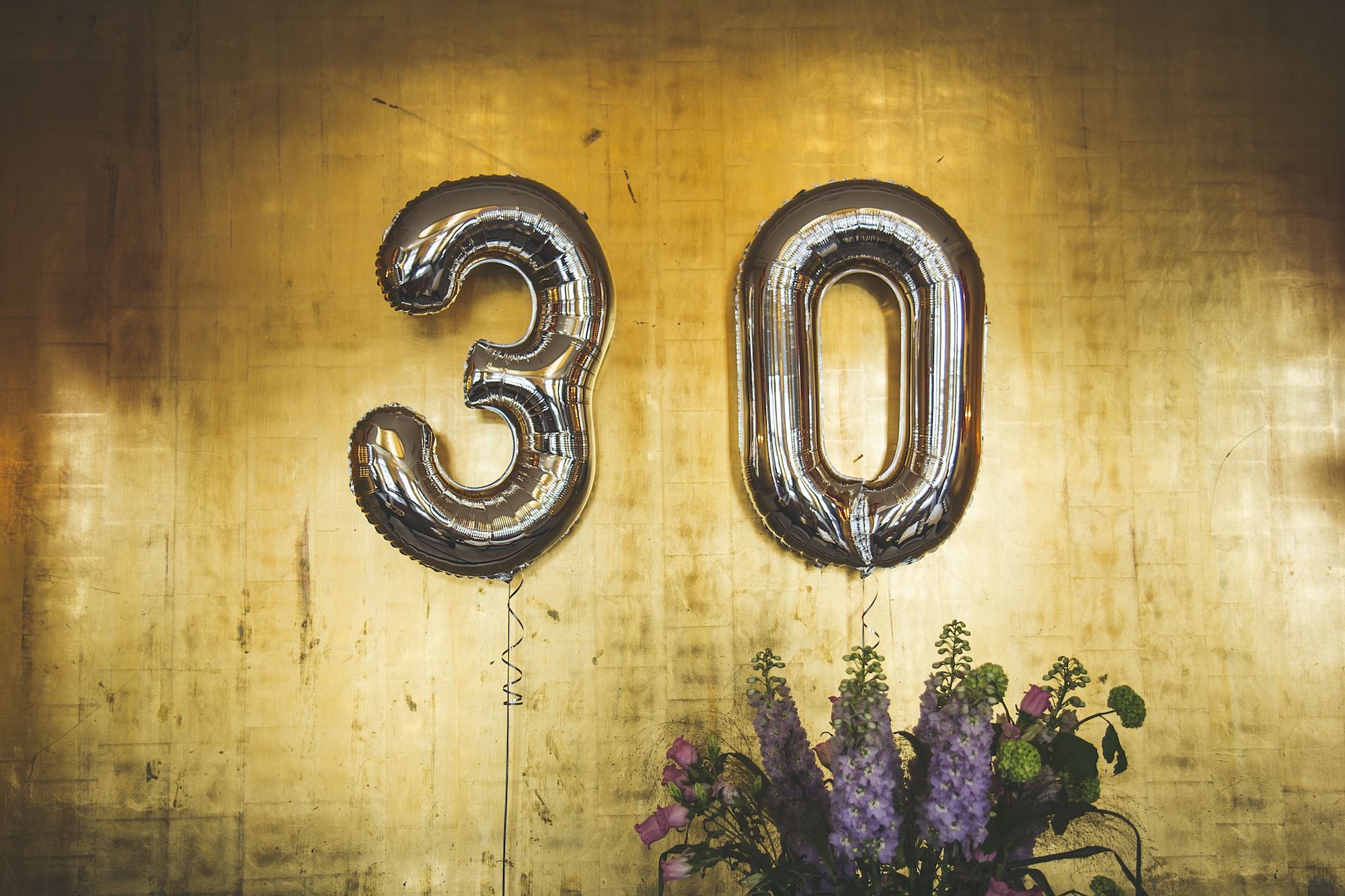 30 life lessons. Take them with a pinch of salt.